Singletrack and trails: all the best bits of off-road biking in Romagna

Prepare to spin the legs and open your eyes wide! This off-road week is an ode to the diversity of cycling and landscapes here in Romagna.
We’ll go from the easy coastal trails, immersed in the generous natural world of the Po delta, to the strade bianche which trace the hills around Cesenatico, studded with rocks and castles. Finally we’ll push ourselves to the Apennine ridges that we can glimpse in the distance from our beach.

Other deals from the same hotel 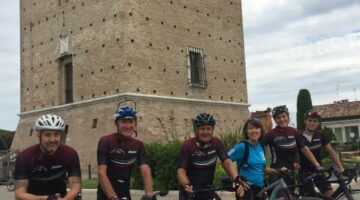 To remember Marco Pantani we introduce 1 week to ride

Your perfect bike hotel in Cesenatico 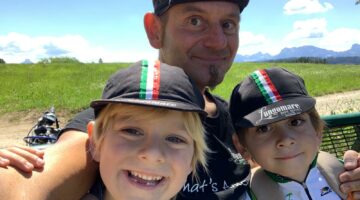 While you ride, your family has fun with us in the hotel 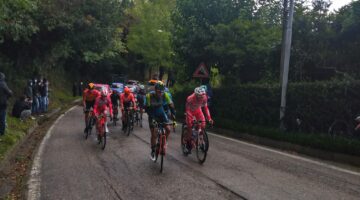 Giro d'Italia: Join with us!

Join us for this event: enjoy the passion, excitement and spectacle of the “Giro D'Italia”!

• Bike with us! Get a free quote from Hotel Lungomare •

• TerraBici. The Land of Cycling •

SUBSCRIBE TO OUR NEWSLETTER
We will keep you updated on special events, tips for cycling holidays and experiences of cyclists in our land
NO SPAM

We inform you that, in order to improve your browsing experience on this website, the TERRA BICI BY EMILIA ROMAGNA Consortium (based in Via Macanno 38/Q, 47923 Rimini (RN), Italy, info@terrabici.com), in its capacity as Data Controller, uses different types of cookies, including: First party technical or analytics cookies; third party analytics cookies of an anonymous and non-anonymous nature. On the extended “Cookie Policy” page available on the www.terrabici.com website, instructions are provided on how to deny consent to the installation of any type of cookie. By clicking on “I UNDERSTAND” or continuing to browse the website, you declare to have understood the methods described in the extended Privacy Policy, pursuant to Article 13 of EU Regulation 2016/679.